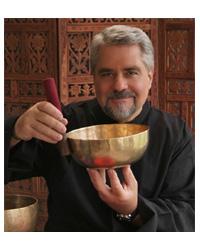 Jon Sweeney is an internationally known healer specializing in directed distant intentionality distance healing. Formerly an EMMY award winning television producer, Jon entered the healing arts after being cured of a potential paraplegic condition by Chi Gong. He is the founder of Co-Creative Coherence Therapy and Unity Practice Chi Gong. He is the author and narrator of the Meditations on Healing DVD, and coauthor of The Next Testament, a spiritual thriller novel.