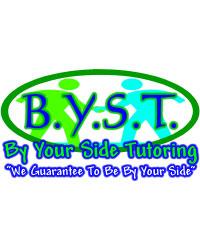 Jonathan Berenguer grew up in the Bronx on the Grand Concourse. He was raised by his grandparents having lost his biological parents at an early age. Growing up he struggled to find a place where he could fit in. Through out middle school he got into fights and had a GPA of about 75. In his last year in middle school, in his math class with his teacher Mr. Morfe, he realized that he liked math and more so liked to help his fellow students.

It was in 8th grade that Jonathan knew he wanted to be a teacher. Going into high school Jonathan knew his goal and in his first semester in high school his GPA went up to a 92. Through high school he worked closely with his math teacher Mr. DelaCruz but also with his principal Mr. Morales. Mr. Morales inspired Jonathan to never give up on reaching his goals and to go as far in life as he could. Jonathan now, not only wants to be a teacher, but also eventually a principal Jonathan has found his place in education. Jonathan has worked in 5 different high schools.

Having years of educational experience since he was 17, Jonathan now focuses on furthering his education and helping others reach their goals through education. Jonathan has found his place in education.