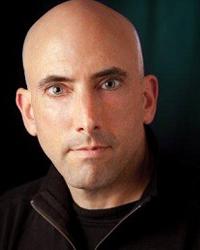 Jonathan Blank is an award-winning writer, filmmaker, and creative technologist who has spent over 25 years studying high-level martial arts, meditation, Eastern philosophy and esoteric metaphysical practices with many remarkable teachers in the US, Asia and Europe.
He is the co-author, with one of his teachers, of Secrets of Dragon Gate: Ancient Taoist Practices for Health, Wealth and the Art of Sexual Yoga, a new book published by Tarcher/Penguin that lucidly details the history, philosophy and core practices of the 800 year old Dragon Gate Taoist tradition. He is also the co-author of Still as a Mountain, Powerful as Thunder Shambhala Publications about Buddhist chi gung and meditation which Jonathan wrote with another of his teachers. Jonathan also currently serves as the Western Liason for the Shaolin Temple in Los Angeles and he is working on a book about Zen and Shaolin martial arts the Shaolin Temple is the birthplace of both Zen Buddhism and Chinese Kung Fu.

Jonathan has had the good fortune to study internal martial arts and eastern phlosophy from some of highest ranked instructors in the US and the rest of the world. Jonathan took the first steps on his
Taoist journey as a teenager and has continued along that path to this day. In 1996 he met Dr. Steve Liu, the 14th Generation master of the Dragon Gate Taoist system and has been learning and practicing with him ever since.

Writing: Jonathan's writing interests include dramatic storytelling in screenplays and stage plays, non-fiction books and articles as well as fiction. In addition to writing on Eastern philosophy and
martial arts, he has written numerous screenplays including those for his films, Anarchy TV, Sex, Drugs & Democracy, and Collecting America. Jonathan is also working on a play about Abraham Lincoln and a young adult novel.

Technology: Jonathan recently launched the Reading Kingdom www.readingkingdom.com, a fun, easy-to-use online program that teaches children 4-10 years old how to read and write to a third
grade level. Jonathan developed the software in conjunction with his mother, Dr. Marion Blank, the Director of the Light on Literacy program at Columbia University, who is one of the worlds top
experts in literacy. Jonathan is also the founder of Wildform www.wildform.com, an awardwinning presentation, animation and video software company that created Flix, the first Flash video
encoding software which revolutionized the web video landscape which Jonathan sold to On2/Google.

Jonathan has a BA in Asian History and an MFA in Film from Columbia University in New York.