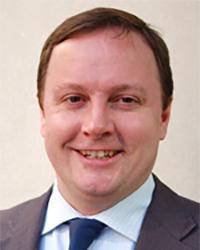 Joseph Pickard serves as the Chief Economist and Director of Commodities at The Institute of Scrap Recycling Industries, Inc. in Washington D.C., where he conducts research and analysis on commodity and scrap market developments and the key economic role that recycling plays both in the U.S. and abroad. As a current member of the Environmental Technologies Trade Advisory Committee and Industry Trade Advisory Committee No. 9, he serves as an advisor on recycling related trade issues to the U.S. Commerce Department and the Office of the U.S. Trade Representative. He also serves as the General Delegate to the Stainless Steel Committee at the Bureau of International Recycling. He holds an M.A. in Economics from Virginia Tech, a B.A. in Political Science from Loyola University Maryland and also studied at George Mason University and KU Leuven in Belgium.