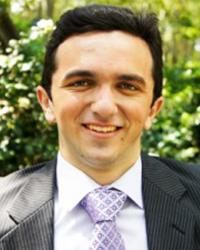 Josh Nass is a junior at Brandeis University, located in Waltham, Massachusetts, a suburb of metropolitan Boston. At Brandeis, Josh is currently enrolled as a Political Science major and engages in politically oriented activities throughout campus. As President of the Brandeis College Republicans, and through his extensive work in recruiting notable speakers and increasing political awareness, he manages a campus organization designed to promote conservative ideals to this college-age demographic. In addition to this role, he also is a conservative columnist for Brandeis' independent student newspaper, The Justice, editorializing key political issues of the day.

Josh's political experience, of course, is not limited to his work on campus. He is very proud to promote his brand-new organization, Voices of Conservative Youth, featuring an innovative approach to distributing conservative ideals. Subscribers will be pleased to find consistent and intellectual news coverage of prominent issues, through a two-pronged approach of writing and broadcasting, from our nation's brightest young minds. VOCY, is an organization that is revolutionary and the first of its kind. It serves as a media platform for conservative youth nationwide, to express their views on a wide array of political issues.


In his free time, Josh can be found on the tennis courts for a singles game and in Brookline for a great plate of sushi. He also greatly enjoys playing the violin and guitar, and when possible, traveling to exciting new locales.