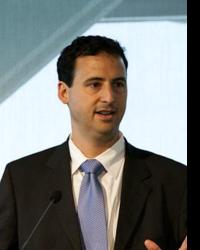 Josh Silver is the founder and director of Represent.Us, a nonpartisan, nonprofit organization whose stated mission is to challenge the influence of money in American Politics. Silver formerly served as CEO and president of Free Press, an "activist group that promotes Internet openness." Silver also served as campaign manager of the successful 1998 "Clean Elections" ballot measure in Arizona. He has published widely on democracy, media, telecommunications, campaign finance and a range of other public policy issues. Silver has been profiled in the Wall Street Journal and featured in outlets including the New York Times, The Washington Post, USA Today, Newsweek, Los Angeles Times, Christian Science Monitor, Salon,com, C-SPAN, and NPR. He speaks nationally on democracy and issues of money in politics, and blogs at the Huffington Post.

You can learn more about his organization at www.RepresentUs.com and you can read his lastest blogs here