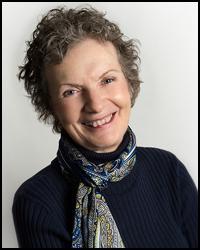 Author, speaker and teacher Joy Elaine has studied and practiced Serenity Vibration Healing (SVH) for over a decade and is a Level Four Practitioner, Level One Teacher and Animal Healing Practitioner in that modality. She credits her participation in these fields of study with assisting her to move between the folds of time and experience the events that unfold in the Joy Chronicles. She began receiving the information for this series of books in February of 2014.

In the late 1990’s she began experimenting with different forms of energy work including: Reiki, past life regression, Akashic record reading, Shamanism, Angelic Healing and others. In 2003, she became aware of SVH and immediately began learning and practicing that modality.

Joy graduated magna cum laude from Indiana State University and has a master’s degree in music from the University of Illinois. She has taught public school music (orchestra) and currently plays violin and viola professionally in Bloomington, Indiana.
In 1991, an exploration of companies involved in the area of nutrition and wellness led her to become a representative of Shaklee Corporation. The philosophy of that company, Creating Healthier Lives, upheld and continues to match her desire to lead a healthy life. During that period of time she also became involved in bodybuilding and competed in several shows in northern Illinois. She is a hobbyist orchid grower and loves to travel to orchid shows around the country to add to her collection.

Joy is excited to reveal the information in this series of books and hopes that it will assist you to become aware of and step through one of the many doorways leading to your own magical future.

Language of Light with Joy Elaine