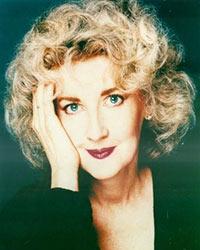 Julia Cameron has had a remarkable career, which in turn has given remarkable help to others. Herself an award-winning poet, playwright, and filmmaker, she has written thirty books, ranging from her widely praised, hard-hitting crime novel The Dark Room to her volumes of children's poems and prayers.


Despite her extensive film and theater credits, which include such diverse work as Miami Vice and the prize-winning romantic comedy God's Will, which she both wrote and directed, Cameron is best known for her hugely successful works on creativity. The Artist's Way has sold more than two million copies worldwide, and her follow-up bestsellers The Vein of Gold, Walking in this World and The Right to Write are likewise flagship books which are taught in universities, churches, human potential centers and even in tiny clusters deep in the jungles of Panama.


A writer since the age of eighteen, Cameron has published highly praised short stories, award-winning essays and hard-hitting political journalism. Her credits range from Rolling Stone to The New York Times. As a filmmaker, she collaborated with former husband Martin Scorsese on "three films and one daughter, Domenica." As a playwright, her work has graced such prestigious stages as Princeton's McCarter Theater, The Denver Center of the Performing Arts and the tiny Taos Community Auditorium in her hometown. It was there that she first workshopped her musical "Avalon," under the guidance of legendary director John Newland.


Citing creativity as an authentic spiritual path, Cameron's work has been embraced by such diverse spiritual groups as Buddhists, Sufis, Roman Catholics, Church of Religious Science, and Unity with "quite a few British Wiccans thrown in."