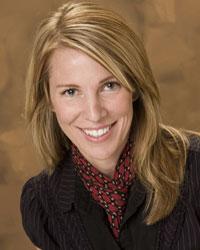 Kami Gray is the author of THE DENIM DIET. She's a Portland based TV and Film Wardrobe Stylist with a PH. D. Pretty Hot in Denim who has worked with Hollywood stars like Patty Duke, Shannen Doherty, Amy Smart, John Corbett, and Jenny McCarthy. Her creations have appeared in commercials for Toyota, Nike, Discover Card, and other major companies and in television shows such as House, Veronica Mars, and Hells Kitchen.