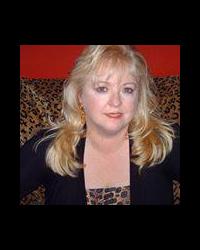 Rev. Dr. Karen Tate - four-times published author, teacher, speaker, radio show host and social justice activist. Named One of the 13 Most Influential Women in Goddess Spirituality and a Wisdom Keeper of the Goddess Spirituality Movement, Karen hosts the long-running show, Voices of the Sacred Feminine on Blog Talk Radio, considered a treasure trove of wisdom by listeners and peers.

Karen's Books:  Goddess Calling; Inspirational Messages and Meditations of Sacred Feminine Liberation Thealogy, Sacred Places of Goddess; 108 Destinations, Walking An Ancient Path; Rebirthing Goddess on Planet Earth, and Voices of the Sacred Feminine; Conversations to ReShape Our World, the anthology she curated based on her radio show of the same name.

She appears in the influential and award-winning film, Femme: Women Healing the World, produced by Emmanuel Itier (Wonderland Entertainment) and actress, Sharon Stone. Regularly interviewed in the media she also gives inspirational talks on topics that motivate, uplift and encourage equality, human rights and social justice activism at prestigious gatherings such as the Council for the Parliament of World Religions and the American Academy of Religion, as well as community venues such as temples, churches, college classes and private organizations.

Karen Tate's body of work blends her experiences of women-centered multiculturalism evident in archaeology, anthropology and mythology with her unique academic and literary talents and travel experience throughout the world. Her particular emphasis is on the roles of women and the study of comparative religions and ancient cultures in a modern or reconstructed context, bringing the ideals and awareness of the Sacred Feminine into the mainstream consciousness.