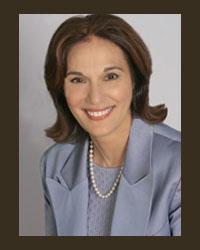 Karin is an entrepreneur, author, and speaker on career issues facing women. A small-business owner herself, she started her own solo communications firm in the 1990s because she craved a more independent work life and wanted to spend time with her son. Karin was selected by The Avon Corporation as spokeswoman for its Corporation to Cottage program. In addition to co-authoring Birthing the Elephant, Karin has published four other how-to guides. She has appeared on broadcast/cable TV and radio as a guest expert and has been featured on ABC TVs Good Morning America, CNBC, and WCBS, among others.

Karin received her MA from Columbia University and a BA from Middlebury College. She lives in Montclair New Jersey with her husband, son, and her nonvirtual assistant, Dr. Watson, a sheepdog-shepherd mix who holds a PhD. in Snackology.