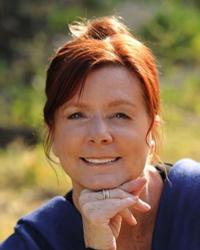 Kat Tansey is an author, educator, radio show host -- and a catalyst for change.

Kat spent her early career training thousands of people and consulting with over fifty corporations to help them meet the challenges of change. Her first book, written as a novel, was Winning the Change Game. The book reflected on the lessons Kat learned from twenty years in the corporate world as a change management consultant, and featured Alexander Hamilton, who was instrumental in the ratification of the U.S. Constitution, as the change guru.

Kat's second book, Choosing to Be: Lessons in Living from a Feline Zen Master, is the story of her journey from deep depression to emotional wellness after she was struck down by Chronic Fatigue Syndrome in the early 90's. Choosing to Be was awarded the Independent Publisher's Bronze Medal, and has been highly praised by people like Thom Hartmann, distinguished radio commentator and lifelong meditator, who said it is one of the best books on meditation he has ever read. Findhorn Press released a new, 2nd edition in September 2010, and they have recently announced that the book will be published in Chinese and Dutch in 2012.

Empowering and promoting women has always been a significant part of Kat's journey. Four years ago she began collecting the wisdom of midlife women on her weekly talk show, Finding Magic in Midlife. Today the show reflects the changing world of technology and social media, as Kat meets many of her guests through Twitter, Facebook, and Google, often conducting her interviews with guests from around the world using Skype.

Kat broadened the mission of Finding Magic in Midlife this summer when she interviewed her first male guest. This event marked a turning point in the show to focus on partnership and inclusion as the necessary path for developing as human beings.