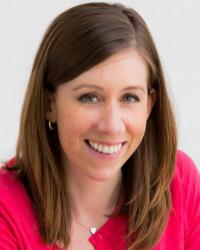 I fell in love with alcohol right from the very beginning. It numbed the part of my brain that worried about anything and everything; it was like taking a holiday from myself. There was only one problem – I had no off switch. I didn't drink everyday, but as soon as I started, I really couldn’t stop. For years I was locked in a fierce internal battle with myself; desperate to stop drinking in such a destructive way, but also depressed at the thought of life without alcohol in it.

After many years of worrying and struggling and sticking my head in the sand, I finally quit in April 2013. There was no big wake up call or dramatic rock bottom – it just became clearer and clearer that I was losing more than I was gaining by drinking. So I decided to stop for 100 days and then see how I felt ... and the rest is history!

When I was trying to stop drinking, I was disappointed to discover there was very little support available for me. What I really wanted was modern, affordable, no­ nonsense advice that left me feeling inspired and empowered. But nothing like that seemed to exist. The Sober School is the company I created to help other women who find themselves in the same position. Getting Unstuck is the course I wish had existed when I was looking for help.

I live near Manchester in the UK. When I'm not working on The Sober School I'm kept pretty busy with my other two jobs: I'm a journalist and I also work in advertising.