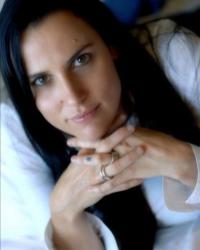 Brooks has directed prominent television shows, as well as written and directed films which received acclaim. Her film and television credits include three seasons of the Emmy Award winning show The Osbournes, Newlyweds: Nick and Jessica, and MTV's groundbreaking The Real World. While associated with MTV, she helmed the network's There and Back, with Ashley Parker Angel and Tiffany Lynn, Meet the Barkers with Blink 182 drummer Travis Barker, and directed and produced The Simple Life starring Paris Hilton and Nicole Richie.

Brooks moved into directing feature films after receiving critical praise for her short films Finding Kate and Dear Emily. Brooks's work has been screened at over 100 festivals around the world, and she has garnered several awards, including "Emerging Filmmaker Award" at the Italian Film Festival and the "Grand Jury Prize" at the Chicago Film Festival.