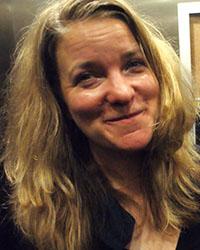 A disarmament educator, activist and producer, Kathleen Sullivan, PhD, has been engaged in the nuclear issue for over 25 years, during which time she has worked with youth, community organizers, academics, government representatives and nuclear industry officials in Australia/New Zealand, Asia, Europe, the United States and Central America.


Formerly the coordinator of the Nuclear Weapons Education and Action Project of Educators for Social Responsibility in New York. Kathleen has been an education consultant to the United Nations Office for Disarmament Affairs. With veteran filmmaker Robert Richter, she produced The Last Atomic Bomb 2005 and The Ultimate Wish 2012, documentary films about survivors from Nagasaki and latterly evacuees from Fukushima. She was also consultant producer for Steven Okazaki's Academy Award nominated film White Light Black Rain.


Kathleen is currently the Program Director for Hibakusha Stories, an arts based initiative of Youth Arts New York, that has brought the living witness of atomic bomb survivors into schools throughout the five boroughs, reaching over 10,000 students in the last three years.


She cut her teeth on nuclear matters as a college student in the 1980s in Boulder, Colorado, concerned about plutonium at Rocky Flats. The Nuclear Guardianship concept is a central theme of Kathleen's doctoral thesis. She lives in Brooklyn, New York.