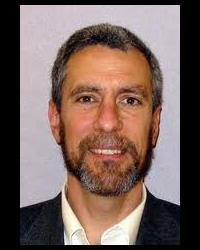 KC oversees the Policy Leadership Program, pioneering leading-edge state and local climate policies while helping to deliver strong regional support for responsible national and international climate policy. He has over 20 years experience in Northwest energy and climate issues in the public and nonprofit sectors. He has served in the public sector as a special assistant to the Mayor of Seattle for clean energy and climate protection initiatives and as an Assistant Director in Washington's Department of Community, Trade, and Economic Development, where he directed the state's Energy Policy Office. From 1989 to 1995, he was Executive Director of the Northwest Energy Coalition, a regional alliance working for a clean, affordable energy future.

KC is an active leader in the national climate movement, serving on the boards of 1Sky and the US Climate Action Network. He has also been active in the utility industry, helping Seattle City Light become the first major carbon-free electric utility in the late 1990s, and as a Governor's representative to the Executive Board of Energy Northwest, a regional public power consortium. He was one of Seattle Magazine's "Power 25" most influential people, and it's 1 "Eco-Hero."

KC earned his Bachelors Degree at the University of California, Berkeley, and was a Kennedy Fellow at Harvard's Kennedy School of Government, where he received a Master's in Public Policy.