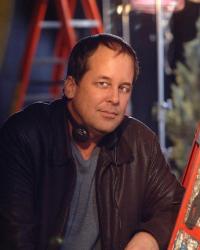 Says Eade of the comparisons, "Readers compare me in style to John Grisham and, although there are some similarities, because John also likes to craft a story around real topics and we are both lawyers, all of my novels are rooted in reality, not fantasy. I use fictional characters and situations to express factual and conceptual issues. Some use the term 'faction' to describe this style, and it is present in all my fictional works."
You can see Kenneth Eade’s work at www.kennetheade.com