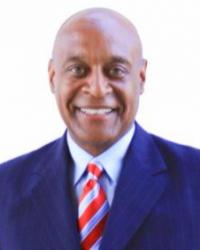 Kevin P. Chavous, past educaation advisor to President Obama, is a noted author, attorney and national education reform leader. As a former member of the Council of the District of Columbia and Chair of the Council's Education Committee, Mr. Chavous was at the forefront of promoting change within the District public school system. His efforts led to more than $500 million new dollars being made available to educate children in D.C.

In addition, Mr. Chavous assisted in shaping the District's three-sector education partnership with the federal government. That partnership led to $60 million in annual federal dollars for D.C.’s public schools, public charter schools, and the first federal scholarship program which has provided access to private schools for nearly 6,000 children from low-income families since inception.

In recent years, Mr. Chavous has worked to advance charter school and parental choice programs in a host of jurisdictions around the country, most notably in Louisiana and Indiana. A prolific writer and much sought after speaker, Mr. Chavous' opinion editorials have appeared in many major newspapers and he has given education reform speeches in nearly every state. Former Indiana Governor Mitch Daniels calls Mr. Chavous "the most effective advocate for children in America." In 2016, Mr. Chavous was inducted into the District of Columbia Hall of Fame.

In addition to his work in the education reform arena, Mr. Chavous is a very successful attorney. For many years he was a senior partner at SNR Denton, LLP, one of the largest law firms in the world. He has been licensed to practice law in four states and has been an adjunct professor at the Washington College of Law at American University.

Mr. Chavous is also an accomplished author, having published Serving Our Children: Charter Schools and the Reform of American Public Education, and Voices of Determination: Children that Defy the Odds. His most recent book, Building a Learning Culture in America was released in the fall of 2016. Mr. Chavous is a founding board member for the American Federation for Children, and is the board chair for the Foundation for Online and Blended Learning. He is also involved with many education reform groups and is the founder and Board Chair Emeritus for Democrats for Education Reform (DFER).

Mr. Chavous was born and raised in Indianapolis, Indiana and graduated from Wabash College, where he was an NCAA District All-American in basketball. He also graduated from the Howard University School of Law, where he was President of his graduating class. He now splits his time between Washington, D.C. And Sacramento, California.