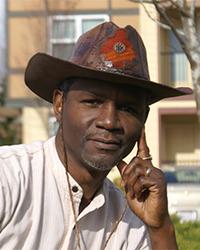 Kevin Raphael Fitch is a performing artist, T'ai Chi master, an accomplished author and gifted astrologer. Raphael was introduced to astrology, now his life passion, in 1979 by a distinguished Hermatician in the Church of Light, a well established astrological organization founded in 1932 by C.C. Zain, and where he was mentored by several accomplished astrologers. Always an avid student, Raphael is now recognized internationally for his talent, insight and expertise in the discipline. He began offering private consultations in the mid 80s, and today Raphael Fitch includes world famous actors, musical and theatrical directors, CEOs, CFOs and corporate executives among his countless clients. Raphael even produced his own public access radio program to interview other professional astrologers.


A T'ai Chi master, Raphael has also received numerous gold medals for his fluidic expression of T'ai Chi in international competitions. Raphael has been the featured lecturer-performer of T'ai Chi at numerous university, community and corporate events, and has conducted regular classes for large corporations. He has demonstrated his expertise in martial art for media interviews, in movies and on television.


As an artist, Raphael has given many performances of his original one-man-show, The Prophet, commissioned by the Gibran National Committee in Beirut, Lebanon to honor the renowned Lebanese poet and philosopher Kahlil Gibran for his classic book of prose essays.


Raphael is an accomplished writer. He has newsletters and numerous astrology articles to his credit; and in 2012 he completed a 626 page book on the astrology of modern Africa entitled Celestial Configurations of Africa and the Caribbean. It received high acclaim from his peers in Academia. This seminal work is now considered to be a ready-made-classic in the field of political astrology. Currently Raphael is completing a book on the Astrological and Masonic Origins of the West African Country of Liberia. He is also writing an astrological account of the life of Paul Laurence Dunbar, considered by scholars to be the first man of African descent to achieve world-acclaim as a poet after Reconstruction. Raphael lives in Washington State.