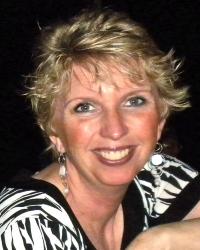 I have never been able to stick to any eating plan, and had decided I was a hopeless foodaholic Although I had no belief this program would work for me, I thought I would give it a try...mainly to keep my story straight that "I have tried EVERYTHING" In the first week, I lost 13 lbs...but more miraculous was...I was still doing it I had never lasted a week doing ANYTHING before 15 weeks later, I had lost 50 pounds and went from wearing size 20 to size 10. - Kim Fiske

Kim is married for over 25 years and is the mother of 4 boys and 5 grandchildren. Kim lives in Franklin, TN