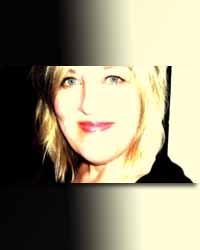 Kristina Hall is a writer, performer and coach. She's performed stand-up comedy in clubs, colleges and theaters over 3,000 times, with several appearances on national television.


She has extensive training in improvisational comedy, as well as a degree in creative writing from a hoity-toity college.


She teaches comedy and self-expression workshops, and lives with her teenaged son in Evergreen, Colorado.