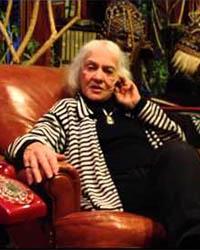 At 87 Lane Berk is a living legend known for her action to help change the world whether in sub-Saharan Africa or in her home town of Baltimore MD. Lane counts among her life mentors and friends renowned scientists, philosophers, psychologists and artists including Albert Einstein, Jacquelene Picasso, Rudolph Steiner, Martin Luther King Jr., Cezar Chavez, Vaclev Havel, Bishop Desmund Tutu, and President Nelson Mandela. She was instrumental in the founding of the Peace Corps and entered it in her early 70s. She is passionate about the arts and Africa And considers both to be addictions. Her main advocacy is for universal justice. Some of her personal stories are spellbinding; many are simply charming; a few are phenomenal.

Her action reveals a life dedicated to valuing people -- especially the disadvantaged -- and to serving, beyond just talking about, universal justice. She admits to having strong feelings of world pain and to having gratitude as her antidote. Lane was a spy for the Allies during the War; and then she was employed as an investigative correspondent for the United Nations UNESCO section in their German de-Nazi-fication program. In the 60s while working in Russia she helped ballet artists escape from government persecution. At age 70 Lane Berk enlisted in the Peace Corps and served in impoverished villages in South Africa where she lived for 10 years. At one time she could speak five languages and several African dialects. While working in the Republic of South Africa, Lane was invited by Rev. Desmond Tutu to South Africas Truth and Reconciliation Commission. Lane also became an advisor to the US Commission on Civil Rights, an arbitrator for Marylands Commission on Interracial Problems and Relations, and one of Marylands Commissioners for Human Rights. She was also a writer, scholar and advocate for the oppressed. Her guiding principle is simple, If you cant put yourself in others shoes, you cant begin to understand.

Born Jewish, Lane grew up in Baltimore and graduated cum laude from Bryn Mawr College with special honors in Philosophy and the Arts, Later she attended Cambridge University receiving a D. Litt. in Moral Science. In her teens Lane entered a convent and received training as a novitiate. Later she investigated various spiritual practices. Today she smiles and says, Perhaps Ill resolve my preference after I make my transition. Lane believes the quality, purpose and fulfillment of life are far more important than the length of life. Lane is a long time member of the Final Exit Network, and of Compassion and Choices once known as the Hemlock Society. Today her Sunday mornings are enriched as a member of the Baltimore Ethical Society; and Lane frequently attends mediation sessions, in addition to a yearly 10-day Vipassana retreat. She says, Anyone who doesnt believe in miracles is not a realist.

Lane finds real joy in the arts - music, dance, theatre, painters, sculptors and even chefs. Some of her work with the UN in Germany was to save cultural properties from art-theft. Back in Baltimore with her late husband, Bernard, Lane founded and continues to be an ardent supporter of numerous art organizations and spaces for artist housing and teaching. The Center Stage Theater was started by Lane, Bernard, and friends in the 1950s after picketing the segregated Fords Theatre in Baltimore. Of the 6 art venues she helped establish through past decades -- Center Stage, Theatre Project, Artist Housing/Gallery1448, Creative Alliance, MD Ballet, and the Friends of the African, Asian, Oceanic, and Pacific Islands group of the Baltimore Museum of Art -- all are still enriching lives today