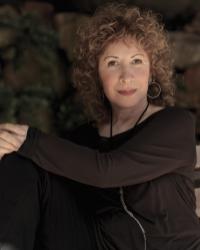 While still just a teenager, Lani would write and sing as her two major forms of self-expression. They were her way of exploring and releasing what was inside of her. At 19 years of age Lani was discovered by Sergio Mendes at a local Chicago nightclub where he asked her to be the lead singer for the new group he was putting together called, Brasil '66. Lani was up-rooted from Chicago to Los Angeles, where, just 5 months later, Brasil '66 was signed to A&M Records by the co-founder of the label (and Lani's future husband), music legend Herb Alpert. While Lani performed throughout the world her rich imagination traveled with her, and her past was never far from her consciousness. While her singing career took her on the road, she also focused on her writing committing to the page her personal impressions of the world around her, as well as a great deal of poetry.

Lani has the distinction of recording more than 22 albums in three different languages (English, Portuguese and Spanish), 4 alongside her husband since 1973, Herb Alpert, and in 1983, she sang the title song for the James Bond film, Never Say Never Again. In 1986 Hall Alpert walked away with her first Grammy Award for Best Latin Pop Performance for her album, Es Facil Amar. After establishing a successful solo career in music, and becoming a wife and mother, Lani began to explore new creative outlets for her writing.

In the early 1980's, while singing in Mexico City, she started writing in short story form in order to empty her mind of her vivid imagination. At the peak of her success in the mid-80s, Lani contracted a debilitating case of Epstein Barr Virus, and was forced to take a reprieve from performing. Losing the energy to sing was devastating to Lani. In her own words, "Whether I write or sing, it's to clear myself.  I feel a pressure building inside of me, and I have to sing or put it on paper to release it." Her short story, Inland, addresses this difficult period of her life.

Lani Hall Alpert is a Grammy Award-winning vocalist, and has penned the lyrics to numerous songs dating as far back as the 1960s, when she was lead singer for Sergio Mendes's group, Brasil '66. Her new book, Emotional Memoirs & Short Stories, compiles 10 short stories from 30 years' worth of exhilarating short fiction and powerful true stories from her life all woven together by a connecting personal narrative, with the city of Chicago as the backdrop. Lani started her solo career in 1971, and in 1983 she recorded the title song for the James Bond film, Never Say Never Again. She also has the distinction of having recorded more than 20 albums in 3 different languages (English, Portuguese, and Spanish), and has performed at the Academy Awards on two separate occasions (with Brasil '66 and with Herb Alpert), and in 1986 she won a Grammy Award for her third Latin album, Es Facil Amar.Over the past 5 years, Lani has been performing and recording alongside the love of her life, her husband of 38 years, Herb Alpert. Their most recent album together, I Feel You, was released to rave reviews in 2011. Written over the course of more than 30 years, Emotional Memoirs & Short Stories marks Lani's debut into the world of literature, assembling works of both fiction and non- fiction, tied together by an intimate narrative.