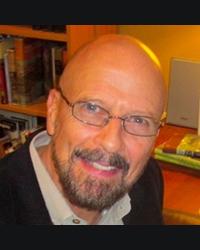 Author of "Noah: The Real Story," Larry Stone, doesn't shun controversy; he embraces it. And remarkably, he has answers to many questions we've asked over the ages, including where the Darren Aronosfsky epic starring Russell Crowe, differs from the biblical account. The bible clearly shows that man is more important to Him than animals, yet after watching the pro-environmental Noah movie, audience might draw a different conclusion, that God would have preferred a world with only animals and green trees, devoid of human beings.

The Aronosfsky Noah's Ark movie is being criticized by bible expert/author Larry Stone who calls the film a high budget fairy tale and not a biblical epic.

With the 130 million movie being released March 28, the torrential flood has become the new water cooler topic at work, home on social networking sites and in the news.

The Story of the Bible was a finalist for both the ECPA Christian Book Award and Retailers Choice Award and named "One of the 10 best Christian books of the year" by Assist News Service. After helping build the successful book division of Thomas Nelson Publishers, he co-founded Rutledge Hill Press, best known for having published Life's Little Instruction Bookthe only book to be 1 on the New York Times bestseller list in hardcover and paperback at the same time. He has published more than a dozen New York Times bestsellers.

A graduate of Moody Bible Institute and University of Iowa, Larry has studied at the New York University Graduate School of Business Administration, taught writing seminars in Africa, America, and the Caribbean, and was recently executive director of KidShape, a non-profit that helps overweight children and their families become more healthy.