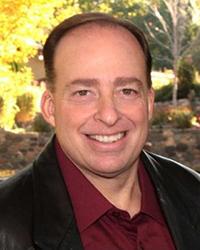 Larry Williams is a veteran broadcaster with an amazing story. He is one of the few successful radio personalities in the nation that never applied for the job. He was discovered His casual stroll into an FM station in 1990 changed his life forever. Within months, he was hosting popular community oriented broadcasts and interviewing everyone from the Vice President of the United States to A-list celebrities.

In 1995, he met his idol, entertainment legend Dick Clark. What started out as a casual 'meet and greet' turned into a life-long friendship. He was blessed to serve as Dick Clark's personal DJ and Master of Ceremonies for his private family functions an incredible honor. Williams worked hard at emulating his mentor and sharing the examples of his character and work ethic. Soon, his entertainment company and freelance journalism articles were quickly getting noticed by small business entrepreneurs across the nation.

By 2006, Williams became regarded as an expert in small business development. His first book Mind Your Own Business was soon followed by his landmark book Customer Service A to Z. With a Foreword written by his friend and mentor Dick Clark, this book changed the landscape of customer service training to reintroduce often neglected traditional standards.

His latest book Develop Your B-Sides shares an original concept based on a discovery from his early days in radio. This methodology offers actionable content that will inspire and motivate everyone from the new hire to the president of the company. Using the universal language of music, Larry Williams now travels the nation to share this powerful original message of personal and professional development. He resides in Reno, Nevada.