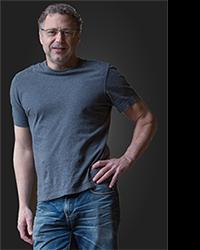 Leonard Mlodinow received his Ph.D. in theoretical physics from the University of California, Berkeley, was an Alexander von Humboldt Fellow at the Max Planck Institute, and was on the faculty of the California Institute of Technology. His previous books include the best sellers Subliminal (winner of the PEN/E. O. Wilson Award), War of the Worldviews (with Deepak Chopra), The Grand Design (with Stephen Hawking), and The Drunkard’s Walk: How Randomness Rules Our Lives (a New York Times Notable Book), as well as Feynman’s Rainbow and Euclid’s Window. He also wrote for the television series MacGyver and Star Trek: The Next Generation