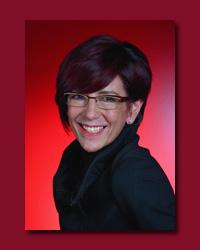 Leslie joined Kodak in 2008 as Director and Vice President of Brand Marketing and Communications. In this role, she is focused on building Kodaks global brand awareness as well as directing marketing communications efforts for Kodaks range of consumer and commercial businesses. She coordinates the efforts of an internal team, as well as a global network of agencies that support Kodaks initiatives.

Leslies experience in marketing and communications spans a range of industries from theater to luxury resorts, and from fashion to technology.

In May 2006, she was profiled as one of the Women to Watch in Advertising Age. The article said Leslie, who was then Corporate Vice President of Global Marketing & Communications for Motorolas 37 billion Mobile Devices Business, helped take Motorola from the brick-like mobile phone to some of the sexiest looking devices in the marketplace. The article further praised the Razr and other sleek products that Leslie helped launch, saying they cast a golden halo over the entire Motorola brand.

Prior to joining Kodak, Leslie was the Chief Marketing Officer for the luxury fashion brand, Burberry, Ltd. Her global resume also includes:

Leslie, who attended Miami University in Oxford, Ohio, is a native of Honolulu, Hawaii.