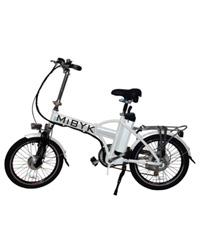 Leslie sold her 11 year old Design firm Singer Design in 1999 to IPGs McCann WorldGroup to help them build a global publishing unit which ultimately became the largest custom publishing company in the world with offices in New York HQ, Seattle, Madrid, Amsterdam and London and, as Managing Director for North American and Chief Creative Officer, Leslie made the five year plan in year two.

Subsequently she went on to lead WPPs G2 Branding Design, a 70M division of the Grey Global Group as President and Chief Creative Officer. Leslie is also a faculty and a Professor at The School of Visual Arts and teaches a senior course called Designing a Business.

Her experience has given her a colorful career working with the Fortune 100 from Coca-Cola to being part of the initial launch team of Sirius Satellite Radio, along with launching other initiatives with General Motors, American Express, Gateway Computer, Sony Worldwide to name just a few.

Leslie studied at The Rhode Island School of Design and received her BFA in Communication Design from Parsons-The New School of Design. She sat 4 years on the Board of the Art Directors Club and has won numerous awards for her business in every category. She was a 2008 Finalist for the Stevie Award for Women in Business