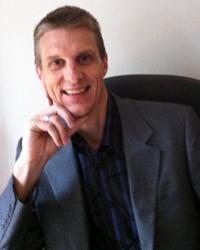 What if you could just heal for the joy it? What if incurable was just a point of view? These are questions that Liam Phillips has been posing to people over the past 5 years since he overcame a horrendous terminal disease that not only ate away his body but also nibbled on his very soul.


Liam was born in England with hearing deficiency that affected his language development. His frail body was often sick during this time which only added to his problems and he was told from an early age that he would never do very well at school. Despite his disabilities he moved to Australia where he excelled at school in science and became a member of the Australian fencing team for many years. After this he went on to gain a degree in teaching severely disabled people. After many years battling with alcoholism he was able to turn his life around by becoming more conscious using tools of meditation. This inspired him to expand his teaching to include meditation, yoga, healing and organic foods.


After 10 years in this industry he became terminally ill and searched for 3 years for a cure as none of the modalities that he was using were working for him any longer. Liam returned to England with the intention of saying farewell to his family as he had decided that he was incurable. Then one phone call from his ex-wife's changed all that and close to death he found that he had a different choice.


During the last 5 years he has traveled the world combining his teaching skills and the Access Consciousness tools in a unique blend to create 'Curing the Incurable'. This allows the person to become more aware and be able to receive what it is that they require to change what they have decided is incurable in their body and their life.


Liam invites you to a reality where anything is possible. What if YOU were the cure? Go to Curing the Incurable.com for more information.