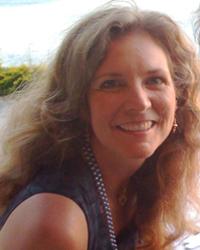 President and Center Director, Linda Elliott, has been the driving force behind the Hawaii Wildlife Center. The HWC is dedicated to the conservation and recovery of Hawaiis native wildlife through handson treatment, research, training, science education and cultural programs.

Elliott was the Wildlife Manager for a resort-based partnership program with State and Federal wildlife agencies until it ended in 1994, leaving no center in all of the Pacific that can treat wildlife.
Due to her unfailing efforts, the Hawaii Wildlife Center is in its final stages of development with a projected opening date of 2011. It will include a state-of-the-art native wildlife recovery facility including animal intake, isolation and holding areas, wash and drying rooms for cleaning oiled and contaminated wildlife, laboratory, hospital, administrative offices, as well as lecture and classroom space.

Even without a facility, Elliott continues to provide emergency response care when called on by the state. She has managed several rehabilitation projects for avian botulism outbreaks affecting three endangered species, including the very rare Laysan Duck newly established on Midway Atoll, and several species of migratory water bird in the archipelago, and all of the Hawaii wildlife responses for four oil spills and one chemical spill in the last decade.
Elliott is a leading member of an international wildlife emergency response team participating in eighteen international rescue operations to date. She is also the only oiled-wildlife rehabilitation manager in the State of Hawaii. She works on wildlife recovery and conservation projects in partnerships with Hawaii government agencies and nonprofits and participated in a half-dozen Hawaii wildlife conservation projects in 2010, including teaching wildlife response courses to the Wildlife Agencies in Hawaii, Guam and the Common Wealth of the Northern Marianas Islands.