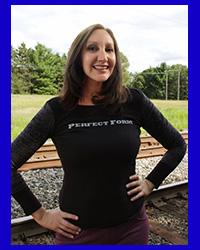 Lisa Davis has a Masters in Public Health and over the past 25 years has worked as a health educator, lifestyle coach, nutritional consultant, teacher, weight management instructor, exercise physiologist and personal trainer. Her easygoing, warm, and entertaining style has inspired her audiences, students, and clients alike to take better care of their health. With her ever popular It's Your Health radio and television shows, founder Lisa Davis, MPH, offers the general public access to the latest and greatest in everything health and wellness. An expert in her own right, Davis provides her listeners and viewers with expert advice, strategies for physical, emotional and mental well-being, as well as insight into the newest research and medical breakthroughs, through fun and exciting one-on-one interviews with the nation's leading experts and authors.


Lisa continues to host and produce It's Your Health which airs on two NPR stations, 4 commercial stations, and one independent public radio station in Greater Boston, she is also the producer and co-host of Naturally Savvy radio and Beauty Inside Out on RadioMD. She also has a new radio program she will be co-hosting on marketing and business advice called Until You Hear This slated to start airing on several commercial radio stations in Fall 2014 She is also the "Go to Girl for What's Hot in Health." She has been featured on Carol Alt's national television program, A Healthy You, on FOX talking about what's hot in health. You can also see her as an expert on Vidoyen answering a myriad of questions on healthy living.