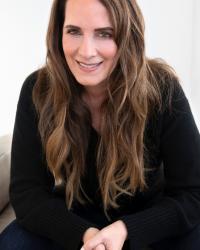 Lisa Haisha is the personal counselor to some of America's biggest Hollywood stars and executives.She is also the originator of the unique and powerful counseling approach known as "SOUL BLAZING"
The Founder of the Soul Blazing Sanctuary in Sherman Oaks,California.
Lisa Haisha is recognized as one of Hollywoods top counselors and humanitarians. Within the field of psychology, Lisa Haisha is regarded as the originator of the Soul Blazing therapeutic process, a raw, intense hybrid of Jungian analysis and Gestalt therapy designed to achieve fast and dramatic patient results.

A blogger for The Huffington Post, My LA Lifestyle and The Soul Cafe, Lisa Haisha's published works also include Whispers from Childrens Hearts, a three-year work based on interviews with hundreds of children from across the world. Haisha's book was the genesis for her nonprofit organization, Whispers from Childrens Hearts Foundation which provides therapeutic services and soul care to children in impoverished and war-torn countries. Lisa also creates mini-docs of interesting people she meets on her trips.
A frequent Guest and commentator in national magazines, radio and television.