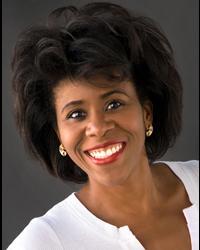 Lisa Smith-Putnam is an entertainment and media mogul whose career in media spans more than 20 years in both music and television. She is the executive producer and host of the variety show "Back Home with Lisa Smith-Putnam," which will debut on Seattles KING 5 and KONG 6 in September 2009.

An entertainment industry veteran and a musician at heart, Lisa Smith-Putnam returns to her native Seattle - to the comfort of both rain and sunshine - bearing the gift of live entertainment, like nothing the area has ever seen.

Back Home with Lisa Smith-Putnam the first and only variety show recorded in Seattle and aired in the Pacific Northwest to boast A-List talent, will be recorded in front of live studio audience at the historic King Cat Theater, and will revisit the genius and down-to-earth nature of the Merv Griffin, Dinah Shore and Carol Burnett Shows.

Lisa Smith-Putnams dynamic personality, positive outlook and vocal talent will leap from the stage and screen, and capture the attention of both audience and industry. She is a master at interviewing and aims to make those in her presence feel like they are, or could be, something special.

I treat people the way I want to be treated and this show will be a positive, supportive and fun place for artists to come, explains Lisa. The show is also meant to be an experience for all those watching. Whether at home or in the live audience, this is entertainment to make them feel good about themselves.

Lisa Smith-Putnam started her career in Los Angeles as a production coordinator for Entertainment Tonight and Woman to Woman. From there she moved to music at Bernie Grudman Mastering and then became general manager at TNT Records and Management, where she was instrumental in the worldwide success of Digital Underground and later rap legend Tupac Shakur. She has also been COO of Amaru Entertainment.

More recently, Lisa Smith-Putnam arrived home as CEO of Integy Entertainment and executive produced several fabulous classic smooth jazz albums Lisa Smith-Putnam was a consultant for the Experience Music Project and brought legendary artists such as Quincy Jones and Dr. Dre, to perform on behalf of the EMP. The success of these contributions led to further collaboration with locally celebrated entrepreneur and philanthropist Paul Allen to create and executive produce the museums Were going to Rock album that mimicked the world class museums rock exhibit.

Lisa Smith-Putnam then went on to head Your Music Network, an outlet for independent artists that was a fusion of MTV & VH1 with a marketplace to aid indie music sales Smith-Putnam ran the network for two years as president and CEO. Under her guidance, Your Music Network was voted one of the new shows to watch by TV Guide.

With a pool of professional success, its her personal relationships with those she calls her lion cubs, inspired careers she has helped nurture, and the positivity and strength of her work that she hope will be the most lasting and recognizable of her accomplishments.