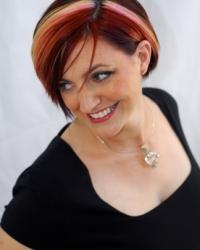 Lisa Williams is known and loved around the world as a Psychic medium with an amazing ability to communicate with those who have passed on to the other side. Born in England, Lisa was discovered by Merv Griffin and introduced to audiences through two seasons of her own hit show, Lisa Williams: Life Among the Dead; along with, Voices from the Other Side and Lisa Williams Live. All of which, are now airing around the world.

Lisa is the author of Life Among the Dead and The Survival of the Soul; and has appeared on Oprah, Good Morning America, Larry King Live, and Jimmy Kimmel Live. She is currently on tour performing in front of large live audiences worldwide and blogs regularly about her life and spiritual teachings at: www.lisawilliams.com, where she interacts with the public as well as her site members.