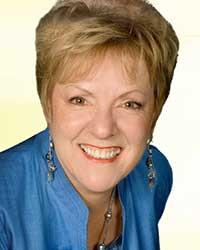 In 1966, Lise Bourbeau started her career in sales for an international company and rapidly became the best manager in North America. She kept this position until 1982. Throughout her career, she trained and motivated more than 40,000 people to become more aware of their potential. It was during these 16 years that she realized that people only rarely obtained what they wanted in life, and that very few said they were really happy. Her curiosity led her to several workshops, many in the U.S., and to extensive research to seek the causes and, above all, the solutions to this fundamental unhappiness.

Full of enthusiasm for what she was discovering, she left her job in 1982 to travel a new path. During this time, Lise had a dream in which she was helping people listen to their body. She set up a workshop to help people discover themselves through their physical problems and through what they ate. Since, she has become a specialist in the metaphysical causes and her goal is to help people better know themselves, accept themselves, and love themselves.

In 1984, she opened her first school and trained her own teachers to spread these teachings throughout Quebec. In 1987, she wrote her first book entitled: "Listen to your Body - your greatest friend on Earth," and founded her own publishing company. This first book became the best-selling book in Quebec In 25 years, the French version sold over 600,000 copies. Since 1988 she has written twenty-one other books that have all become bestsellers. Most of her books have now been translated into several languages and are distributed throughout the world. Her school has been teaching in more than 20 countries and 9 languages since 15 years.