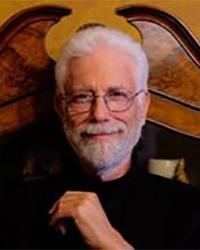 Lon Milo DuQuette is the author of 16 critically acclaimed books (translated in 12 languages) on Magick and the Occult. Critics have called him one of the most respected and entertaining writers and lecturers in the field of the Western Mystery Traditions.

Since 1975 DuQuette been a national and international governing officer of Ordo Templi Orientis, one of the most influential magical societies of the 20th Century. He is currently the Order's United States Deputy Grand Master. He is an internationally recognized authority on tarot and western ceremonial magick. Although he takes these subjects very seriously, he tries not to take himself too seriously. This rare combination of scholarship and humor has earned him in the last 20 years a unique and respected position in American spiritual and esoteric literature.

DuQuette appears occasionally on television and radio as a guest expert on subjects involving the occult. He is a contributor to the Magical Egypt DVD series' and a host on the new series, The Great Work.

He is a faculty member of the Omega Institute in Reinbeck New York, and Robert Anton Wilson's Maybe Logic Academy.