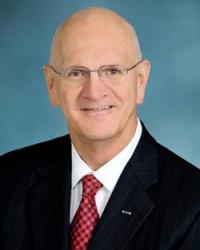 Lynn Lowder is the founder, president and CEO of 1 Vet at a Time, a nonprofit organization dedicated to promoting veteran entrepreneurship and advocating for increased business opportunities for veterans. They work to help veterans start their own businesses and to promote full employment of the men and women who have defended our nation.

Lowder, raised in east-central Illinois, became a varsity football player at Northern Illinois University before leaving school and entering the United States Marine Corps in 1967. Assigned to combat service in Vietnam, he served as a team leader in 1st Force Reconnaissance Company, during which time he led 24 long range reconnaissance patrols with enemy-controlled territory. He received the Silver Star, the Bronze Star with combat “v” and the Purple Heart. He later served 3 years as a Marine JAG officer.

After discharge, Lowder spent 16 years as a trial lawyer and another 14 years in leadership positions in various businesses. He combines his military, legal and business background in his mentoring and presentations.

You can reach Mr. Lowder and learn more about his organization on their Facebook page