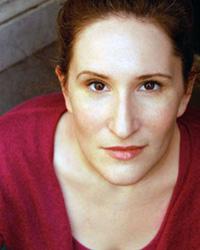 Over the past fifteen years Maia Madison has worked in theatre and television in New York, Chicago, and Los Angeles. In 2009 Madison starred Off-Broadway in the critically acclaimed comedy Made In Heaven.


While in Chicago, Madison worked on several projects at the Goodman Theatre with Tony award winning director Robert Falls, as well as an eight month stint with The Vagina Monologues at The Apollo Theatre, where she performed with Rondi Reed, Loretta Swit, Kim Fields, Mayim Bialik, Dawn Wells, Rosa Blasi, and Jill Bennett. Also while in Chicago she performed with Tony n' Tina's Wedding, The Spirit of Chicago, and was a member of the Classical Company Shakespeare's Motley Crew.


Since making the move to Los Angeles, Madison was Joan River's Understudy in Joan Rivers: A Work In Progress by a Life In Progress at The Geffen Playhouse. Her television and film credits include Weeds, Bones, Hot In Cleveland, Days of Our Lives, Huff, Wedding Bells, Miss Guided, Girlfriends, What About Joan, The Untitled Victoria Pile Project, Early Bird, Barbershop, Unfabulous, Strong Medicine, and Jack and Jill. She is also a recurring cast member on the web-series We Have To Stop...Now, and Lookers.


When she is not at the Open Fist you can find her doing Sketch Comedy at Celebration Theatre, or training with The Groundlings. Madison is a native of New York and a graduate of Northwestern University.