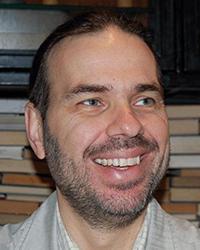 Manfred B. Steger is the founding teacher of the Princeton Area Zen Group. He and his wife Perle Besserman are deeply dedicated to the cultivation of a Western-style lay practice that maintains the essential elements of Zen—sitting meditation, interviews with a teacher, and silent retreats. A professor of Sociology at the University of Hawai’i-Manoa and Honorary Professor of Global Studies at RMIT University in Melbourne, Australia, Steger has written or edited twenty books on politics, history, and religion, including the bestselling Globalization: A Very Short Introduction.

Manfred and Perle divide their time between Princeton, Melbourne, and Honolulu.