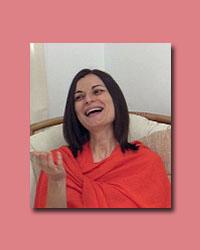 How finding the God within brought Marie Levit from a lifetime of suffering to becoming a source of healing and inspiration for people all over the world.

In the winter of 2007, a voice as clear as a blue sky said to Marie
God is not somewhere out there, Marie. God is in you. And so ended her lifelong search for God, for meaning, for soul. Instead, a journey began of realizing that Marie and God that all of us and God are one in the same. But before this journey began, Marie hit a painful, rocky bottom.

She suffered through painful relationships, and physical illness that all but destroyed her body, though she was still very young. For years she had trouble breathing, could hardly eat anything without becoming overwhelmingly sick, and she had an unbearable pain in her neck which nearly immobilized her. On that day in 2007 when that voice spoke to Marie her path toward self-realization and healing took off at an alarming pace. And that same voice guided her to transforming her life from one of suffering to one of unconditional love.

That brought her to her calling, and she realized herself as a healer, messenger, and teacher altogether. She opened a practice in Atlanta devoted to helping others establish their own connections to God, to themselves. And of course, she continued her own journey to connecting to the love and light which she discovered was inside of her all along. One product of that journey is Healing God her dialogue with God.