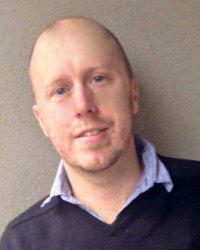 Like many others, until the age of 26, Mark Bowness was simply going through the motions in a life that had little meaning, nor satisfactio, but he didn't even realize it. It was only after his marriage breakdown and life crisis, that Bowness recognized he was living a life that other's desired for him. The moment that Mark's marriage ended, his life hit rock-bottom and he turned to alcohol. In his deepest, darkest moment, he decided that he could not face the future and made the decision to end his life.

As a direct result of his attempted suicide, Mark had an awakening that transformed his beliefs around his future and led to a business called Tribewanted, that gained international media attention, featuring him on more than 200 media outlets on six continents. That led to a five-part BBC TV series that aired in the UK, Australia and America. A book deal followed and Mark began speaking globally on his transformation from "Suicide to Success."

Mark made the decision to commit the rest of his life to empowering people to fulfill their true destinies, the one's that they secretly yearn to experience. In addition to his degree in theology, Mark is also trained in NLP. Today, he works with individuals through his organization Life Change The Revolution and teaches the principles of his L.I.F.E Change strategy in the U.K., Australia and Europe. His newest imperative is the New Year's Revolution, kicking off for New Year 2014, which he will tell us about today. New Year's Revolution is the first shot in a movement to unite people in passionately pursuing personal change, community change and world change.