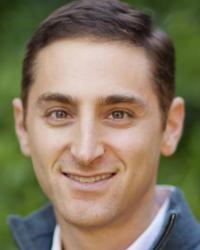 Mark Gober is an author whose worldview was turned upside down in late 2016 when he was exposed to world-changing science. After researching extensively, he wrote An End to Upside Down Thinking to introduce the general public to these cutting-edge ideas – all in an effort to encourage a much-needed global shift in scientific and existential thinking.

Mark, a partner in a Silicon Valley investment bank and strategy firm, has long sought answers to life’s challenging questions. As an undergraduate at Princeton University, he was drawn to astrophysics because he wanted to understand the universe. But because due to commitments as a member of Princeton’s Division I Tennis Team, he decided that astrophysics would be too demanding. So instead of studying the invisible forces that govern the universe, he studied the invisible forces that secretly drive human behavior, getting a degree in psychology, focusing on behavioral economics.

In  the summer of 2016, he randomly stumbled across a series of podcasts that exposed him to some radical new ideas. Those ideas put into question the most basic assumptions about who and what we are as human beings. An End to Upside Down Thinking will change how you look at everything!