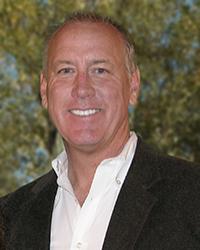 Mark McGinnis, Director/Producer &8232;McGinnis' creativity and leadership abilities lead him to directing a high-tech company division in the Los Angeles area where he was responsible for multi-million dollar budgets and implementing international strategic plans.

Wanting to expand his horizons, while exhibiting more creative control, he left his prestigious Fortune 500 position and founded the Hollywood-based advertising agency, WGD-Media, Inc. While breaking ground in his own business, he began to develop relationships with other creative talents in LA and as far as away as Australia and China. This fueled McGinnis' passion and soon his vision took him to another level when he was inspired to create a separate company, Creativations, which introduced this maverick to the business of manufacturing.

McGinnis' bold endeavor into the competitive field of manufacturing was responsible for bringing the world the first moving and glowing electronic fireflies. This unique product caught the attention and the hearts of the nation and made McGinnis realize just how fulfilling it was to capture the imaginations of the public by presenting them with a glimmer of magic. Articles about McGinnis' success and ingenuity have appeared in major publications such as Los Angeles Magazine as well as the front page of the business section of the Daily News in Los Angeles.

McGinnis' advertising agency grew, as did his reputation for cultivating inspired ideas and bringing them to fruition. As he continued to catch the attention of others that value vision and creativity, WGD-Media morphed into Avenstar Productions and after a couple of years he moved his growing company to the Boulder Colorado area.
With the move and the name change, McGinnis continues on his creative path. After dozens of successful broadcast television spots and national infomercials, Mark McGinnis is spending most of his time now producing and directing feature films - where he feels like he is at home and in his element.

Mark has recently completed his second feature film, Openings - The Search for Harry. This film has been picked up for broadcast and VOD distribution by GaiamTV. The prequel of this movie, Openings-Their Stories, will be released sometime mid 2013. Mark is also writing and directing the new feature film dramady called Ask Raymond, due to start filming early 2013.