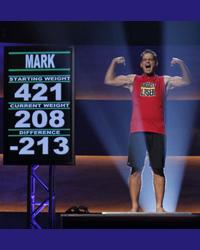 
Pinhasovich, who lives in the New York City area, had also hit rock bottom with his health and started auditioning for NBC's The Biggest Loser reality show. After four attempts, he was finally cast on Season 10 known as the, "Pay It Forward" season and made it to the final 10th week.


Pinhasovich has dedicated his life to be a role model for others struggling with obesity. He is a frequent public speaker on motivational health topics and has recently launched a new training facility in Las Vegas called AMPD FitCamp, which is inspired by his experience at The Biggest Loser ranch.