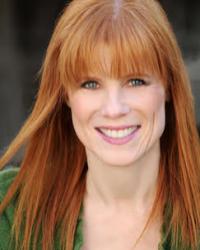 Marla Martenson was born in Tacoma, Washington, the "City of Destiny." She has a natural flair for acting and a deep interest in reading and writing poetry and short stories. At the age of sixteen, Marla was living in Iran with her family, learning to speak French and Persian, when the revolution forced their return to Washington State. After a year of college here, the pursuit of an acting career drew her to Hollywood and a stint in television commercials and print modeling.

Restless and eager for new challenges, in the early nineties it was on to Chicago, where she discovered that she could use her personal dating experiences to help others. She subsequently turned this talent into a career as a matchmaker back in Los Angeles, where, since 2001, her skills have led many couples to matrimony. She found and married her own, musician and composer Adolfo Jon Alexi, in Mexico City in 2002. A world traveler and culture nut, Marla describes herself as having a French flair, a Persian heart, Italian fire, and Mexican taste buds Marla also works as a life coach and inspirational speaker inspiring people and giving them hope that they too, can find their soul mates.

Currently, Marla writes for several online publications. She was named the "Over 40 Female of the Week" in February 2010, for Over40Females.com. The bestselling author of two books, Excuse Me, Your Soul Mate Is Waiting, and Good Date, Bad Date, her latest, Diary of a Beverly Hills Matchmaker, was released in April of 2010.

Marla and Adolfo reside in blissful harmony in Los Angeles, where she continues to bring her considerable matchmaking expertise to bear on the singles population of star-studded Southern California while her talented husband serenades them with his own songs and music.