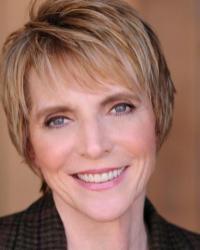 Few professional speakers have a personal comeback story as riveting and inspirational as Marti’s. She inspires people everywhere with her sure-fire tips on how to overcome adversity and change your life. Marti has recovered from and triumphed over nightmare experiences such as being trafficked to Tokyo and held prisoner by Japanese organized crime, homelessness, domestic violence, post traumatic stress disorder and hard-core drug addiction.

Marti MacGibbon, CADC-II, ACRPS, CAPMS, is a member of the National Speakers Association, an inspirational speaker, standup comic, certified mental health professional, and author of the nationally award winning memoir, Never Give in to Fear: Laughing All the Way Up from Rock Bottom. Marti is an expert on trauma resolution and addiction. She holds five professional certifications in her specialized field, including the ACRPS, (Advanced Certified Relapse Prevention Specialist, and the CAPMS (Certified Addiction-Free Pain Management Specialist).
She’s been interviewed in Investors Business Daily and Entrepreneur, on ABC-TV, CBS-TV, FOX-TV and numerous radio stations, and articles she wrote have appeared in over 150 corporate and trade magazines.
In addition to speaking to business professionals and hospital administrators and staff on addiction recovery, overcoming adversity, and inspiration, Marti speaks to raise awareness about human trafficking, domestic violence, and other violence against women. She has spoken at The Museum of Tolerance, The National Underground Railroad Freedom Center, at colleges and universities, and even from the center of an MMA octagon at, “Fight Traffick,” an anti-human trafficking cage-fighting event.
An advocate for victims and survivors, Ms. MacGibbon is a member of the anti-trafficking task force IPATH, Indiana Protection for Abused and Trafficked Humans, and teaches a life skills class for women at risk in Marion County Jail. She has spoken to the California State Legislature in support of new legislation aimed at eradicating child sex trafficking and reducing demand.
Marti is founder, producer, and emcee of Laff-Aholics Standup Comedy Benefit for Recovery, an annual charity fundraiser in Indianapolis that features nationally headlining comedians. One hundred percent of the profits from the show go to transitional housing facilities in Indy that provide access to addiction treatment and mental health services for the recovery community’s most vulnerable.
The Indiana Addictions Issues Coalition (IAIC) honored Marti with the 2014 Recovery Advocate of the Year Award, for outstanding accomplishments in support of recovery, and her work in breaking away the stigma surrounding addiction, mental illness, and human trafficking.
Marti has performed at the world-famous Hollywood Improv and at the Comedy Store in Hollywood, and has traveled the U.S. as a professional standup comic.