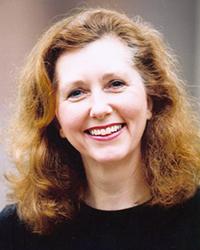 Mary Gordon is recognized internationally as an award winning social entrepreneur, educator, author, child advocate and parenting expert who has created programs fueled by the power of empathy. In 1996 Ms Gordon outlined the initial curriculum of Roots of Empathy and began piloting the program in Toronto. In 2000 she established the international association Roots of Empathy which now offers programs in every province of Canada, New Zealand, USA, The Isle of Man, the Republic of Ireland, Northern Ireland, England, Wales, Scotland and Germany. In 2005 Ms Gordon created the Seeds of Empathy program.


Roots of Empathy is recognized as one of the top evidence-based social and emotional learning programs by the George Lucas Foundation's Edutopia. Having reached half a million children to date, Roots of Empathy was also recently described by Roman Krznaric, cultural historian, as "the world's most effective empathy teaching program."