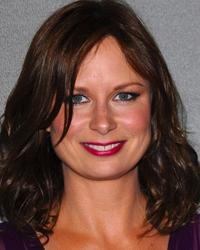 Rajskub's most notable television role is CTU Systems analyst Chloe O'Brian on 24, which she joined in 2003 at the start of the show's third season. Her character was a hit with viewers and critics, and she was one of the few cast members to return in the show's fourth season. After being a regular guest star for two seasons, Rajskub became a main cast member in the show's fifth season. By the end of the series she was lead female, with top billing second only to Kiefer Sutherland.