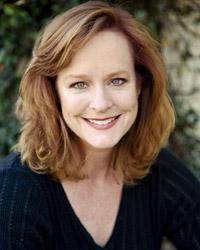 Ms. McDonough is best known for the 11 years she played Erin Walton on the hit series "The Waltons," however, many recognize her as a respected voice with regards to women's health and especially body image issues. Among the many topics Ms. McDonough discusses in her new book, is her own struggle with Body Image, Chronic Fatigue, Fibromyalgia and being diagnosed with Lupus. As a result, she has become a an expert on women's health issues, testifying before Congress on many occasions.


Ms McDonough is an award-winning actress, writer, director and her memoir is a poignant story of growing up on Emmy award-winning series The Waltons, which is still being shown in the states as well as in Europe and has fans all over the world. One of the top ten selling TV related books on Amazon in pre-sales, last weeks appearance on the TODAY SHOW link below sent Lessons From the Mountain: What I Learned From Erin Walton Kensington Publishers to the 1 spot and 1 in Entertainment/TV, 6 in Entertainment/Movies and number 289 overall, as well as the 1 spot in the Kindle sales Arts&Ent/Television. Barnes and Noble reported a number one in sales for TV as well as number sixty-one in overall sales book sales not reported on Publishers Marketplace.


It seems hard to believe that little Erin Walton just celebrated her 50th birthday last month. The Waltons defined an era of innocence and a time when spirituality played a large part in family TV viewing. At the age of ten, Mary McDonough was cast as Erin Walton in The Homecoming, the movie of the week about a Southern Baptist family that inspired the dramatic series The Waltons and overnight, her life as a normal kid in a working-class, Catholic family changed. As McDonough says, "It was bizarre, fun, tremendous, painful, wonderful and different. It was definitely not a normal way to grow up."


When asked about being the first of the Walton's cast to release a memoir, Mary declares, "The decision to write didn't come easily for several reasons. When people ask me why we haven't written a book about The Waltons, I joke that if anyone did and told the whole truth, the rest of us would get together and kill them. So, if I disappear soon after this book is published, consider The Waltons family members key suspects."