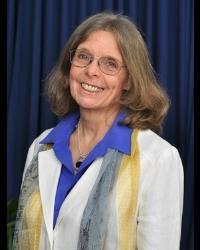 Mary Miller, M.S.W., was born and brought up in the Boston area. She has a Masters Degree from the University of Connecticut School of Social Work. For many years, she practiced as a Licensed Independent Clinical Social Worker. As a practicing therapist, Ms. Miller specialized in working with parents who had experienced pregnancy and early childhood losses including multiple miscarriages, stillbirths and Sudden Infant Death. During this time she authored two books entitled Transformation Through Birth and Ended Beginnings: Healing Pregnancy Losses which are on the market today. She is a well-known lecturer and teacher, working with health care professionals as well as grieving parents.
In 1984, she gave a up a very successful career and retired from traditional mental health to pursue what she believed could be more effective, alternative pathways to alleviating mental and emotional distress, which she believed could be more effective. She and a group of friends formed a company called The Gentle Wind Project. The Project was a non-profit education and research group dedicated to finding alternative pathways for alleviating mental and emotional distress based on the principles of eastern medicine. The group believed that talking in the form of therapy, although helpful to some people, was not enough to alleviate so many of the hurts and wounds that many people had incurred.
The Gentle Wind Project developed an effective technology and became known worldwide for their non-toxic, non-invasive handheld instruments. The instruments were used in hospitals, schools, clinics, and by health care workers in more than 30 countries. For over 20 years, Ms. Miller was the international spokesperson for this company. She wrote numerous articles and spoke on behalf of the Project on radio and television programs around the globe. In 2003, The Gentle Wind Project became the target of an aggressive Attorney General from the State of Maine who actively joined with a cyber smear campaign to destroy this alternative technology and the reputations of its developers. Mary Miller and her colleagues fought back but were ultimately defeated and forced to close their Project.
A month later, they opened a new company to pursue their technology. The company is now called I Ching Systems. In the fall of 2009, Ms. Miller released a book called Caught in the Act of Helping exposing in documented detail the unethical and perhaps illegal behavior on the part of Maine government officials who worked so hard to stop this alternative health technology. Like Kevin Trudeau, government authorities worked very hard to silence her and destroy her efforts to change peoples lives. Mary Miller and her colleagues refused to be silenced. She fought back. She is here today to discuss with you the secrets to good mental health and emotional well-being.
Ended Beginnings: Healing Childbearing Losses
Its ALL About Relationships
Its ALL About Sex: What Drives Your Sexual Engine?
CAUGHT in the Act of Helping